Originally posted in January of 2011 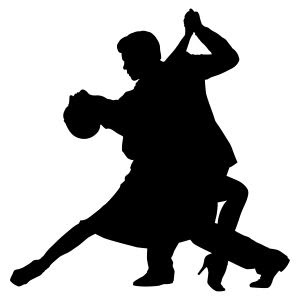 We just survived a tough two weeks with the trauma (which is now triggered regularly by full-on puberty). I understand why the therapists encourage us to work our tails off on the healing before puberty, if at all possible. Our kids are already onions, with many, many layers of issues and hurts. Puberty takes that onion, genetically modifies it, and turns it into a County Fair prize winner.

A freakishly bigger onion, but still an onion. You take it one layer at a time.

One morning, in particular, things could have gone south in a hurry. You get what I mean. You see it in their walk, their voice, and even in the way their face hangs on their cheeks. They come out of their room already there. Already in that mode. Already shutting down. Hormones don’t need a trigger. They ARE the trigger and they just show up, unannounced, doing that roller coaster thing they do.

I don’t remember what the gentle correction was, but I do remember that I was being SO playful (I remember, because I didn’t want to be and kept saying to myself, “Do the opposite of what you feel like doing!”). It ended up sounding something like this:

This kid still has a hint of food issues. Never doesn’t finish anything (nice use of the double negativity there). Like … ever. So, it was their way of saying, “I am having big feelings and I know this will upset you.” I did my therapeutic, “That’s cool. Why don’t you just relax at the table for awhile. You haven’t even eaten a bite, yet. Give yourself a minute. That way if you are hungry in a little bit, you can still eat.”

Now, one approach here is to say, “I didn’t say you wanted to eat it right now. I hear that you don’t want your oatmeal. Just take a break at the table. Grab a book and read for a bit. If you’re still not hungry in about ten minutes, then we can put it away.” However, I knew in that moment, we were past that. It would have turned into a louder, “I don’t want to stay at the table.”

I just knew. Been around this block a few times.

So, I did what I WAY did not want to do.

“That’s cool. I hear you. You don’t want your oatmeal. Why don’t you bring it to me.”

“I’ll eat it for you, and I don’t mind washing your bowl and spoon, either. Why don’t you go find something fun to do. Love you.” No sarcasm.

My child had prepared their oatmeal in a way I do not care to eat it (my kids get to add their own “stuff” to plain oats). They knew that. But by golly, I ate that bowl of oatmeal. I washed the bowl and the spoon and put them away. My child took themselves to their room and did not emerge for a half hour. But when they did, they were regulated – for the most part. They rejoined everyone else. Not another word was said. The early morning yuck was behind us.

When you smell a fight and you know it’s beyond a mild therapeutic intervention, if you can find it in you on that day (not every day, but maybe that day) don’t bow up against it. Dance with it. Buy it flowers. Maybe even give it a good night kiss and cop a feel.