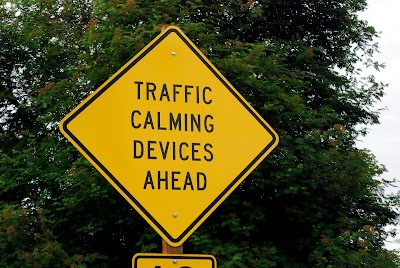 Sir, I See That You’re Waving a Gun – Are you Angry?

Ahhhhh … foster care training. Another class last night. This was
actually the Part 1 of last month’s class (see the whole “Do you like it on top or on bottom” post). We missed it last month because we were
running our son to the ER with what the dr. said would turn out to be
either a serious medical condition …. or constipation. I’ll give you
three guesses what it was.

So, we’re at the verbal portion of the
training. This is when they teach you how to verbally “join and follow
to lead” a person who is expressing anger and may become a danger to
themselves or others (ooooo, I sound like I know what I’m talking
about). I’m going to give you a little crash course. Funny – it sounds
so cheesy, but it really does work. It can also be used to annoy your
spouse! (I LOVE that kind of stuff)

Here’s how it plays out.
Let’s say you see someone fuming and pacing. First, you use your words
to “join” them and acknowledge their action.

“Frank, I see that you are pacing back and forth and your face looks red” (state what you see, then ask) “Are you angry?” Stop rolling your eyes. Just go with me, okay?

Of course, they’ll reply that they ARE angry, and hopefully in a really colorful way.

“I can see that you’re angry. What are you angry about?”

BIG
IMPORTANT PART HERE: you never, ever ask “why?” …. ever … never!
Same reason it’s a bad question to ask your kids. Stick with the Who,
What, Where, When and How types of interrogation.

They then tell
you why they’re angry. You can continue to break down their anger to
find the specific trigger. For instance, if they say, “I hate traffic!”
You would follow with things like, “What is it that you hate about
traffic?” Before you ask another question, it’s always good (albeit
CHEEESY!) to restate the answer they just gave you. “So, you hate rush
hour traffic. What, specifically, bothers you during rush hour?”

Told you it would sound cheesy … trust me … it’s gold!

Once you have narrowed it down, you go to the magic question:

“What do you want?” They give you some idea of change they’d like to take place.

“What have you done in the past to get what you want?”

“Which of those things are you willing to do?”

BOOM! You’ve joined them in their anger, you’ve followed their concerns through the conversation and you are leading them to a resolution. Join and follow to lead. Ba-bing-bang-boom!

Now,
try it. It works GREAT on your kids when they’re freaking out over
something. They’ll look at you strange, but as long as you ask those
open ended questions (NEVER yes/no questions) and you don’t ask “Why?”
… I’m telling you, it really is pretty cool. I tried it on my son one
day, and when we were done he actually thanked me!

Okay class – report back in one week.
(photo by Dani Simmonds, used with permission and with much thanks)